Jump to Your State

The Alabama state legislature passed and the governor signed new legislative and congressional redistricting maps in June of 2011 and May of 2012  respectively. The DOJ precleared the legislative map in November of 2011 and the congressional map in October of 2012.
Members of the Alabama Legislative Black Caucus filed suit against the legislative map, which was drawn by a Republican legislature. The Caucus's complaint alleges intentional racial gerrymandering and minority vote diltution. A lower court ruled in the state's favor, the Supreme Court heard oral arguments in the case on appeal in December 2014. 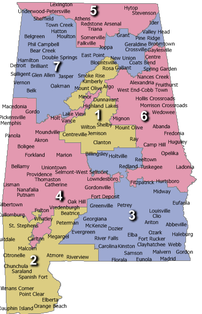 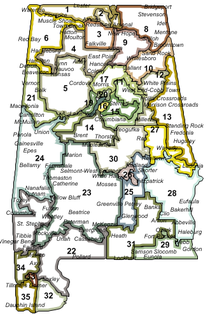 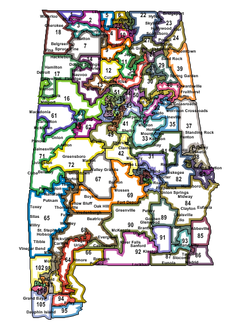